What Is A Munchkin Kitten

A Detailed Explanation About The Munchkin Kitten

There is a phrase that says that you are either a cat person or a dog person. This is generally true because we all need those animal pets that make our lives more interesting. For the lovers of cats, information about cats is always welcome, but much as this information about munchkin kittens is for them. Everybody is generally welcome to learn a few things about this young breed of cats which is the munchkin kitten.

The munchkin kitten is a young one of the munchkin cat and is relatively a new breed that is a product of genetic mutation. This kitten is a genetic mutation of what used to be known as the dwarf cat and it has had some controversy where there was concern about its mobility and health potential. Being a new brand in the cat family, you probably know little about this kitten and so you need to know more.

The Origin And Physical Looks Of The Munchkin Kitten

A pregnant cat that was saved in 1993 by Sandra Hochenedel in Louisiana was the first mother to the first munchkin kittens. Munchkin kittens are characterized by their short legs and they are described as intelligent, outgoing, and are a good company. These kittens have similar characteristics to other domestic cats and they are fully catlike with all behaviors and characteristics similar to domestic cats.

Munchkin kittens have a moderate body type, a coat that is medium plush, and hind legs that are much longer as compared to their front legs. It is because of these legs that munchkin kittens look raised from the shoulders to the rump. Munchkin kittens are born with coats of all colors and patterns while some can also be plain colored with no patterns. 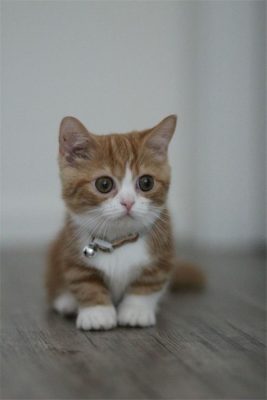 The Health Of Munchkin Kittens

Due to mutation, experts say that there could be health consequences since the munchkin cat was officially introduced in the early 1990s and so it’s considered a young breed. The number one mutation effect to the munchkin kittens is achondroplasia. This a disorder that causes them to have short legs and results in their dwarflike appearance.

As compared to other domestic kittens, munchkin kittens are said to be at a higher risk of osteoarthritis because their short legs affect their levels of activity and general behavior. Some munchkin kittens suffer from lordosis -a condition that is characterized by the kitten’s spinal muscles growing too short making the spine sink downwards and can be fatal. These kittens are also prone to the pectus excavatum which a deformity known as the “funnel chest” because of its effect that makes the munchkin kittens chest sink inwards.

The munchkin’s health condition could be a major concern for them. It’s argued that other cats are also likely to suffer from lordosis and pectus excavatum and so it’s unfair to isolate them on such basis. Despite such arguments from cat lovers, the munchkin’s health issues have made this kitten not to be recognized by various pedigree cat associations. This refusal to recognize them is because a lot about the munchkin’s welfare and health is unclear. This is however expected because there is much to be known about this young breed.

Munchkin kittens are nice kittens and despite their health shortcomings, they are generally awesome kittens to be with.